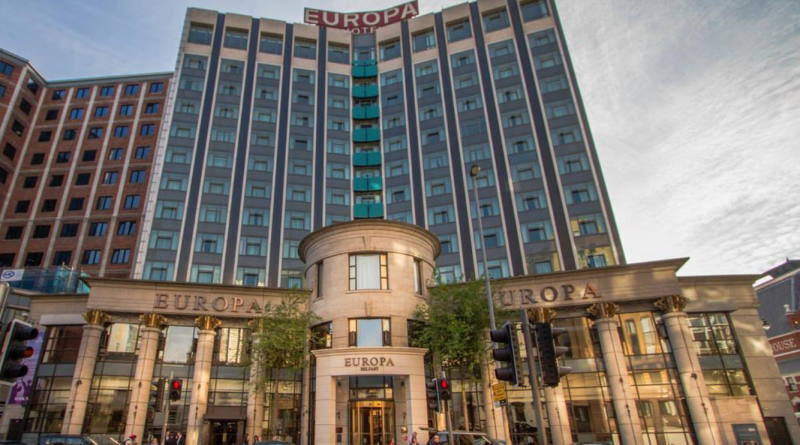 Hastings Hotels, Northern Ireland’s biggest luxury hotel group, has been a leading light in the province’s hospitality industry for more than half a century. Still a family business, Hastings’ portfolio of seven properties includes the newly-developed Grand Central in downtown Belfast, the Slieve Donard Resort & Spa in Newcastle, County Down, and the world-famous Europa Hotel, also in Belfast city centre.

Hastings’ high-end offering and landmark properties have always stood out in the Northern Ireland marketplace. However, the group is facing new competition on its doorstep. Since the millennium, a hotel construction boom, spearheaded by major global hotel brands, has added thousands of rooms in Belfast, and the city has one of the biggest hotel development pipelines in the UK.

As well as new challenges, Hastings is also ideally positioned to benefit from new opportunities. Northern Ireland is growing rapidly as a destination, both for tourism and for corporate business, including major conferences at Belfast’s recently-expanded ICC (Waterfront Hall). Responding to this optimism, Hastings has been making significant investments in inventory: as well as opening the Grand Central, the group has been refurbishing or adding guestrooms and MICE facilities across its portfolio.

Hastings has worked with HotelREZ – one of the top six hotel representation companies, worldwide – for 15 years. Initially, the relationship focused on distribution but has over time expanded in scope and depth, with HotelREZ providing additional services that have helped the group finesse its marketing, develop corporate business and generate sales.

When Hastings Hotels came to HotelREZ in 2004, the group was looking for access to travel agents around the world. HotelREZ’s GDS could let them distribute their content to thousands of travel agents, vastly expanding the number of prospective bookers. Today, Hastings continues to use the HotelREZ GDS – only now the GDS gives them access to 500,000 travel agents.

Working on distribution, Hastings was impressed by HotelREZ’s account management, with its personal style SLAs guaranteeing a consistent level of quality. The relationship deepened as HotelREZ helped Hastings optimise their marketing with the aim of showing the group’s hotels at their best. As part of this process, HotelREZ ensured that Hastings was using the best possible images to sell its hotels, alongside accurate descriptions that would help prospective bookers. At this time, HotelREZ started to help Hastings boost RevPAR, providing market intelligence that the group used to position their rates versus local competitors.

Encouraged by how HotelREZ was helping the group win additional business, Hastings decided to tap into HotelREZ’s Preferred Partnerships programme. Providing access to consortia and, critically, Travel Management Companies (TMCs), participation in Preferred Partnerships would get Hastings’ properties featured in corporate RFPs. HotelREZ helps Hastings ensure that its RFP responses match the requirements of the issuing corporate or TMC.

As well as Preferred Partnerships, Hastings joins HotelREZ on sales activity, giving presentations alongside the HotelREZ team on their guest rooms, facilities and MICE offering. Together, these activities to drive corporate bookings have helped Hastings Hotels to sell a large number of extra room nights, at healthy corporate rates. Among some of Hastings’ best performing properties include Hastings Ballygally Castle which has seen a 63 per cent increase in GDS business YOY, Hastings Culloden Hotel which has experienced an 81 per cent increase in GDS business and a 32 per cent YOY increase of bookings for Hastings Slieve Donard Hotel.

Throughout the lifetime of the relationship between Hastings Hotels and HotelREZ, the group has been making major investments to upgrade its offering and maintain its luxury status. As Hastings has enhanced and expanded its portfolio, HotelREZ promotes the improvements to its network of travel agents, corporate travel buyers and M&E bookers.

After refurbishment of the Europa Hotel, HotelREZ showcased the improved MICE facilities including conference rooms and meetings technology, which is a key source of revenue growth and is a very competitive market. HotelREZ, with its expert ​dedicated MICE desk, made sure the Europa showed its best face and continued to increase bookings for the hotel by 5.2 per cent YOY, even whilst the Belfast market has been on the decline (on average by 2 per cent YOY).

HotelREZ was also there to support Hastings Hotels for the opening of its newest hotel, the Grand Central in 2018. A game-changer for luxury, service and ambience in central Belfast, HotelREZ promoted this high-quality product to the world.

HotelREZ continues to work with Hastings as a partner, helping the group to optimise and launch new offerings, distribute their stories via HotelREZ’s worldwide partner network, and grow their business above market average.

Key to the durability and success of the tie-up between Hastings Hotels and HotelREZ are the longstanding personal relationships between the respective management teams. Over time, Hastings has come to see HotelREZ as an extension of their business, actively helping them grow sales and value.

Pamela Shaw, group IT manager for Hastings Hotels Group, captures the developing strategic value, and warmth in the relationship between Hastings Hotels and HotelREZ: “Hastings Hotels have been partners with HotelREZ since the beginning. Whilst HotelREZ were only starting out we chose to work with their team due to the wealth of experience and professionalism they brought to the table. They have been with us as we developed our group of hotels and have always been on hand to guide and nurture our growth and exposure on GDS platform.”

“Their support and implementation teams are second to none and often go the extra mile without request. Their dedication and professionalism has been instrumental in ensuring the Hastings Hotels brand goes from strength to strength.”