What’s the future of Central London? 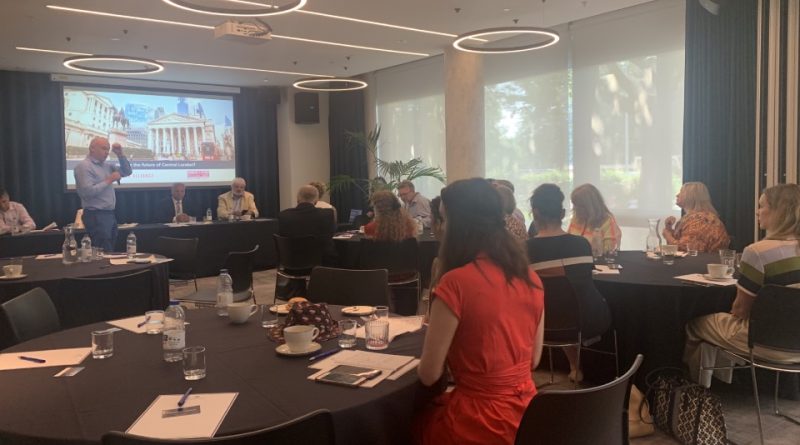 “Pre pandemic central London provides 7% of all UK jobs, contributes 20% of total business rates, and pays £39-£40 billion in tax to be spread across the UK. With a land mass of just 0.01% of the total UK area, contributing 11% of UK GDP.” Alexander Jan.

As the city looks to recover, we discussed how the capital is preparing for the future. Hosted by Tony Matharu, chairman of the CLA, we heard from Joe Dromey, director at Central London Forward; Baroness Claire Fox, director and founder of Academy of Ideas; Alexander Jan, chief economic advisor at London Property Alliance, as well as chair of Central District Alliance and Hatton Garden Business Improvement District; and Richard Burge, CEO of London Chamber of Commerce.

Economically, London’s city centre has been disproportionately affected by the pandemic. Redundancies, a decline in international travellers, and a reduction in consumer spending has resulted in a complex problem which, according to the opinions of the those in attendance, has not been helped by “confusing” government policies. The work from home ruling was largely regarded as counter-effective, despite the need for further clarification on employers’ liability when asking their staff to return – particularly in light of the current “pingdemic”.

There was of course optimism for reviving the city centre, with calls for apprenticeship schemes and other professional development plans for younger people. The audience was encouraged to take risks to get London back on its feet, and it was emphasised that change would occur from collective action.

You can view a snippet of the discussion and a summary of the key themes below.