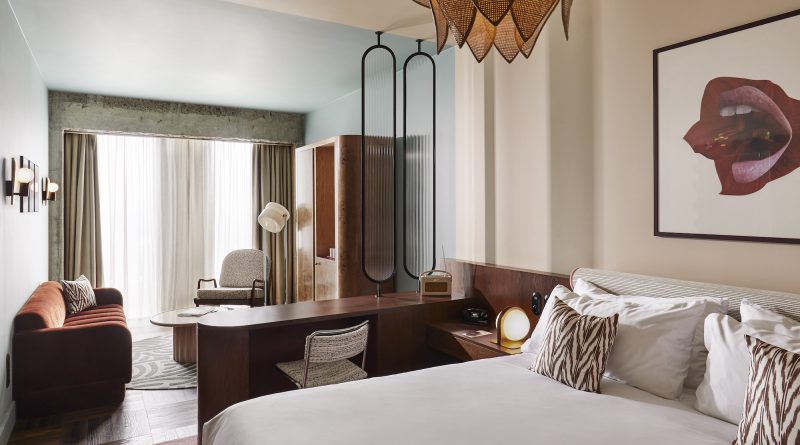 EU: From December 2022 to early 2024, The Hoxton will open seven hotels located in some of Europe’s key cities.

Over the courses of 2022/23, The Hoxton’s expansion will create over 800 jobs across Europe. The brand has also partnered with Saira Hospitality, a non-profit organisation which sources and trains talent through pop-up schools, ahead of the upcoming Shepherd’s Bush opening.

The seven European locations include:

Located in the former European headquarters of IBM, the Brussels opening marks the Belgian debut of The Hoxton brand. It will feature 198 rooms, a lobby bar and restaurant, a rooftop bar and terrace, The Apartment events space, as well as four floors of coworking space under the Working From_ brand.

Ennismore Design Studio have collaborated with local designers Nicemakers to transform the former Lloyd Hotel in the Eastern Docklands district into a 136 room Hoxton hotel. A new ‘Biggy Bunk Up’ room category will debut offering bunk beds, whereas amenities include a ground floor lobby and restaurant and The Apartment meeting space.

Located in Charlottenburg in West Berlin in a former hotel, the new Hoxton property will offer 234 rooms, an open lobby, cocktail bar, restaurant and coffee, along with The Apartment events space.

The hotel’s 211 rooms will be spread across 10 townhouses with three additional ‘Hox Homes’ – a three-bedroom private apartment catering to longer stays. Amenities at then hotel include a restaurant, event space and a gallery.

Housed in the former headquarters of Austria’s Chamber of Commerce, The Hoxton Viena will offer 196 bedrooms, a coffee bar, restaurant and terrace, rooftop bar and pool, a basement speakeasy, and The Apartment meeting space. A new event auditorium will also host live entertainment,

Ennismore will restore the former Central Hotel on Exchequer Street into a 129 Hoxton hotel with a cafe and wine bar, restaurant, and late-night music venue.