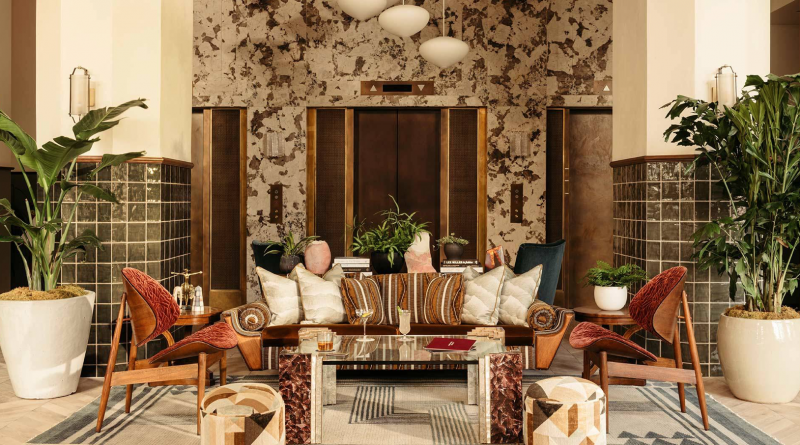 Worldwide: Luxury hotel chain The Hoxton has launched a £1 room sale to support mental wellbeing, and has opened up its doors in LA and Portland to those who have been evacuated due to the wildfires in the States.

The £1-room fundraiser has launched globally for the first time, with all proceeds going to the brand’s four partners: Mental Health Foundation in the UK, Open Up in Amsterdam, Astree in Paris, and MyWellbeing in North America.

The Hoxton is encouraging people to visit hoxallfor1.com to enter the £1 room sale. Visitors can select a country and a hotel they wish to ‘win’ a room for. The sale will end Wednesday 16th September.

London-based graphic artist, Naomi Edmondson of Survival Techniques, will install artwork throughout the hotels over the comings weeks. The pieces are designed to add “a lighthearted air to a deep topic”.

As part of the initiative, The Hoxton will be partnering with sleep app, Sleep Cycle, running from 28 September – 2 October. Throughout the week, The Hoxton will be offering a limited number of £75 ‘deep sleep’ rooms in all of its hotels, where guests will rate their sleep using the app. At checking, if the quality of sleep is 70 per cent and above, the £75 goes straight to the hotel’s charity partner.

In the United States, The Hoxton has also opened up its two west coast locations, Downtown Los Angeles and Portland, Oregon, to those residents who have had to flee their local area due to the wildfires.

At least 35 people have died, including 24 in California and a child in Washington state, reports CNN.

Posting on Instagram, The Hoxton wrote: “With the spread of wildfires growing on the West Coast, we want to offer a home at the Hoxton for those in need. For LA and Portland residents who have been displaced, just email hello.DTLA@thehox.com or hello.portland@thehox.com with proof of address and we’ll get you sorted with a place to call home for the night.”

The Hoxton has locations across Europe and London, as well as Chicago and Brooklyn’s Williamsburg neighbourhood.