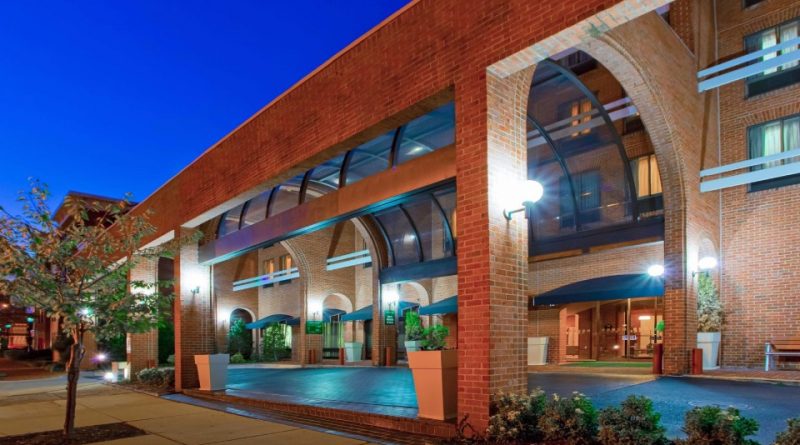 US: Following last month’s purchase of The Roger, Electra America Hospitality Group has acquired a 178-key hotel in Alexandria, Virginia.

Electra America Hospitality Group (EAHG) is a joint venture between Electra America and AKA Hotel Residences that was created in February. The group’s goal, which is demonstrated by its first two purchases, is to acquire underperforming hotels in gateway locations and to transform them into popular properties.

Russ Urban, CEO of EAHG, said: “These acquisitions illustrate Electra America Hospitality Group’s laser focus on exceptionally well-located assets in gateway markets where distress or another combination of factors has created an opportunity to acquire a high-quality hotel at a significant discount and generate long-term value upon the recovery of the hospitality sector. Our goal is to execute on a bold re-imagining of both hotels that will transform them into the best product in their respective submarkets. Simultaneously, EAHG continues to source opportunities in other major markets where the pandemic has fundamentally altered the hospitality landscape, including Miami, Los Angeles, Nashville, and London, along with New York City, and Washington DC.”

Electra plans to perform $36 million worth of renovation on the Alexandria property to transform it into a four-star hotel with a destination restaurant. The company also plans to spend $22 million renovating The Roger.

Both properties, which feature options for both short and extended stays, are set to reopen under the AKA brand in 2022. The hotels are expected to draw demand from upscale leisure and corporate travellers.

The Alexandria property is located near Old Town, which offers a variety of shopping and dining options. The hotel is also in close proximity to Amazon’s HQ2, Virginia Tech Innovation Campus, and Ronald Reagan Washington National Airport.

Due to a lack of luxury accommodations nearby, Urban expects the Alexandria property to draw demand from other government submarkets, including Pentagon City and Crystal City.

Larry Korman, president of AKA Hotel Residences and co-CEO of Korman Communities, said: “We believe its location will attract significant business from the nearby high-end submarkets. The location also has a calming, historical flair and is in close proximity to DC, where AKA also has an existing property.”

Electra leaders are confident about the potential for success in both Alexandria and New York City.

Urban said: “In New York City, many hotels have permanently closed and there’s been a fundamental shift in the marketplace, but we fully expect business to come roaring back as it has during past recessions. Meanwhile, in Alexandria, we have the opportunity to transform the hotel into something unparalleled in that market and cater to strong corporate demand stemming from the large number of industry associations and trade groups in the area, as well as the sizable government/defense sectors.”

Korman said: “We’re excited to add these extraordinary properties to our growing hospitality portfolio. We’ve already seen hotel demand pick up in both cities, which are markets where AKA has longstanding expertise and where historically our properties operate at a premium. So far in 2021, AKA properties are operating at a 20 per cent occupancy premium versus the overall market in New York City, and at a 30 per cent premium in the Washington, DC area.”