Tampa EDITION to launch in October 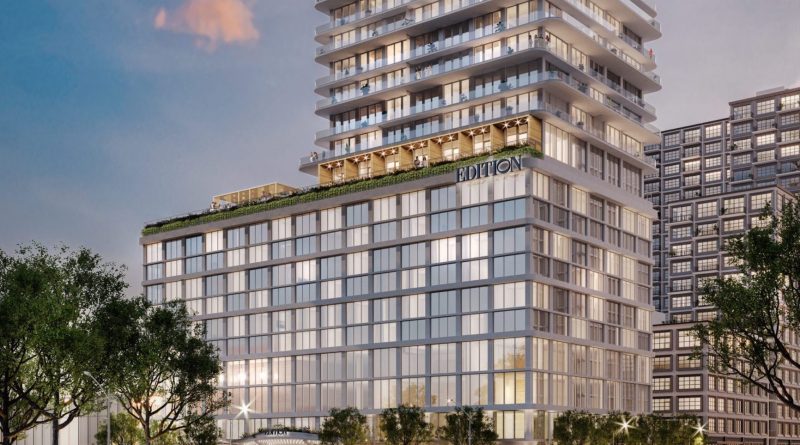 US: Marking the fifteenth EDITION property worldwide, Tampa EDITION will open in October this year.

Tampa EDITION, which includes a nine-storey hotel with 172 rooms and vertical residential tower, has been designed by ISC Design Studio in collaboration with Morris Adjmi Architects, Nichols Architects, Bonetti Kozerski Architects, and Roman and Williams.

It features a fine-dining mediterranean restaurant Lilac, an alfresco all-day dining venue Market at EDITION, and rooftop restaurant Azure, all led by Michelin-starred chef John Fraser. He said: “It is always an honour to collaborate with the EDITION. We share a similar culture and are both keen on offering modern luxury and high quality. Through great hospitality, architecture, and design, we strive for our guests to feel as if they have arrived at a sanctuary where they never have to leave – with something for everyone during all parts of the day.”

Other amenities at the hotel included several communal, meeting and event spaces, a wellness facility with six treatment rooms, and a rooftop venue with a pool club.

“Not often have I had the opportunity to work on a project that will completely transform the very centre and heartbeat of a great city like Tampa, and make it even greater,” said Ian Schrager, founder of the EDITION brand. “I call it urban expansion, rather than urban renewal, and [Water Street Tampa] serves as a model for how cities will transform and evolve the future. The scale of it is mind-boggling and we’re very happy to be right here and a part of it.”

Schrager continued: “Water Street Tampa includes new hotels, retail, dining, workplace, and residential offerings at a scale that has the potential to make Tampa a 24-hour international gateway city for all of central and southern Florida, one of the fastest growing states in the country. Tampa is a city that’s really coming into its own. t’s got a good quality of life and a great food scene. It’s a city in the sun, but it’s not a vacation-only spot, it’s a real living breathing city and that’s what I think is so special about it.”