Graduate Hotels opens in the UK 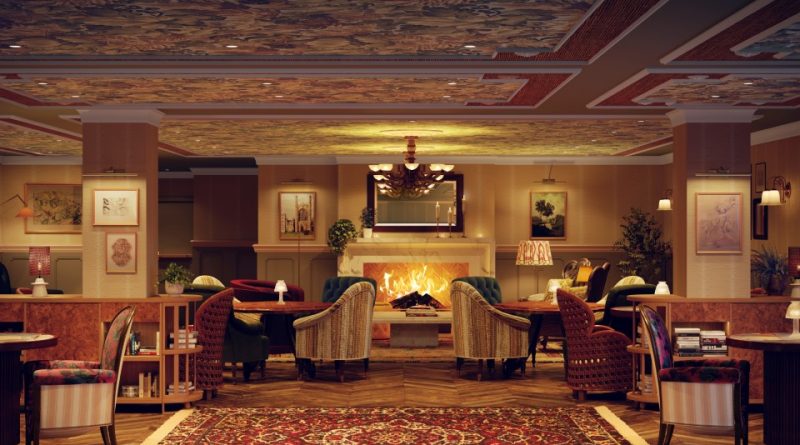 UK: Graduate Hotels, with a portfolio of properties in university cities across the US, has debuted in Europe with the opening of two hotels in England’s Cambridge and Oxford.

Graduate Cambridge and The Randolph Hotel by Graduate Hotels have officially opened for overnight stays.

The 148-room hotel is located on the banks of River Cam. The building has undergone a full interior refurbishment including all rooms, common spaces, fitness club and pool. A ground floor conversion has seen the addition of a cafe and bar, whilst the full-service restaurant has been renovated.

In the lobby, a hanging DNA installation celebrates Rosalind Franklin who pioneered the development of DNA at the University of Cambridge.

Chef Adam Wood, formerly of London’s Perilla, will lead the Garden House restaurant which has a focus on open-flame cooking. Garden Bar, located in the centre of the hotel, includes a cafe, flexible meeting areas and al fresco dining spaces.

Graduate Cambridge will partner with Scudamore’s, who provide punting tours and boat hire services, to offer afternoon tea and a private punt experience. The hotel will also partner with Cambridge Distillery to host a ticketed Gin Dinner with paired courses.

The Randolph Hotel by Graduate Hotels

The 151-room hotel has undergone a complete renovation across all common spaces, the lobby and guest rooms. A spa with treatment rooms, a sauna, steam room and jacuzzi will open in autumn 2021.

In-room art includes paintings of Oxford alumni and author Oscar Wilde, as well as a painting of the ‘Steamboat Ladies’ which tells the story of over 700 women who travelled by steamboat ferry to obtain degrees at a time when their own universities withheld graduation from female students.

The Alice, an all-day dining restaurant and bar, will be led by executive chef Chris Emery who has worked as sous chef at Jason Atherton’s Pollen Street Social and head chef at Atherton’s The Clocktower in New York.

The Randolph Hotel is partnering with Oxford Artisan Distillery to host a gin tasting session paired with four courses by Emery. The hotel will also host a whisky tasting to live music, and has partnered with The Oxford Cheese Company to host a series of cheese tastings.

An interactive “make your own soap” and blended lotions class will also be led at the hotel by the Oxford Soap Company, as well as a floral workshop by The Garden of Oxford. Scriptum will host an ink-making class.

Speaking about the openings, Graduate Hotels’ CEO Ben Weprin said: “Our team is humbled to be launching the Graduate Hotels brand in two of the most historic and prestigious university communities in the world. The legacies that these iconic destinations represent drive the ethos of what inspires us to create memorable spaces to be enjoyed for generations to come. We look forward to welcoming global travellers for a uniquely Graduate experience in these centuries old, one-of-a-kind cities.”