Lore Group to debut US property 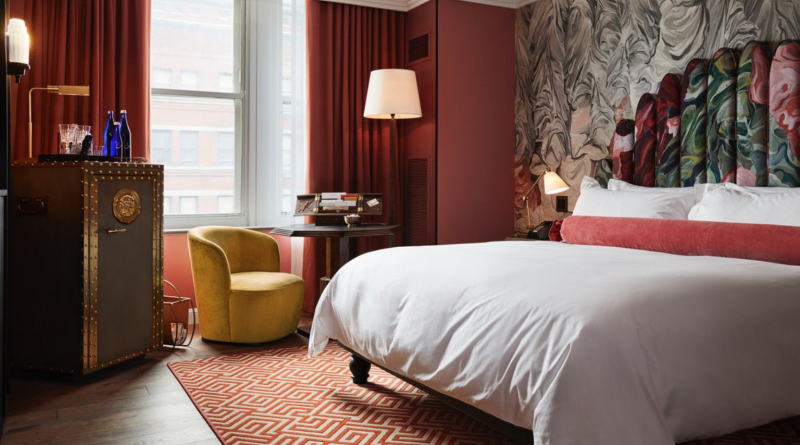 US: Riggs Washington DC, a new independent hotel from Lore Group, is scheduled to open in early 2020 in New York’s Penn Quarter neighbourhood.

The 181-room hotel is housed in a former historic bank known as the ‘Bank of Presidents’.

Lore’s creative director, Jacu Strauss, preserved and restored much of the building’s original design features so as to reimagine the storied building for the modern traveller.

Highlights include a medallion of Juno Moneta, the goddess of money, that presides over the barrel-vaulted lobby.

Guest rooms will feature bespoke designs by George Venson of studio Voutsa, and will include a minibar and traditional steel safe, as well as amenities from house D.S. & Durga.

There are a total of 15 suites, comprising the two-bedroom Riggs Suite with the original bank boardroom, and four First Lady suites that are inspired by a select few President’s wives: Ida McKinley, Angelica Van Buren, Louisa Adams and Caroline Harrison.

The hotel’s restaurant, Cafe Riggs, will serve European dishes and will focus on sustainable products.

Rooftop at Riggs – a 2,500 square-foot space with panoramic views over the city and 1,500 square-foot terrace – is the largest of the meetings and event spaces. It can accommodate 200 seated and up to 250 for a reception.

“Lore Group continues to explore ways to deliver inspired and approachable hospitality concepts to interesting places around the world,” said Billy Skelli-Cohen, CEO of Lore Group. “With Riggs Washing DC, we have created a hotel and F&B concepts that celebrate both the legacy of the building – and the history of the city – through unexpected details and a thoughtful approach to guest experience”.

Riggs is located opposite the National Portrait Gallery and is close to The White House, Capitol Hill, and Memorial Park.

Lore Group is the hospitality company behind Sea Containers London and Pulitzer Amsterdam.