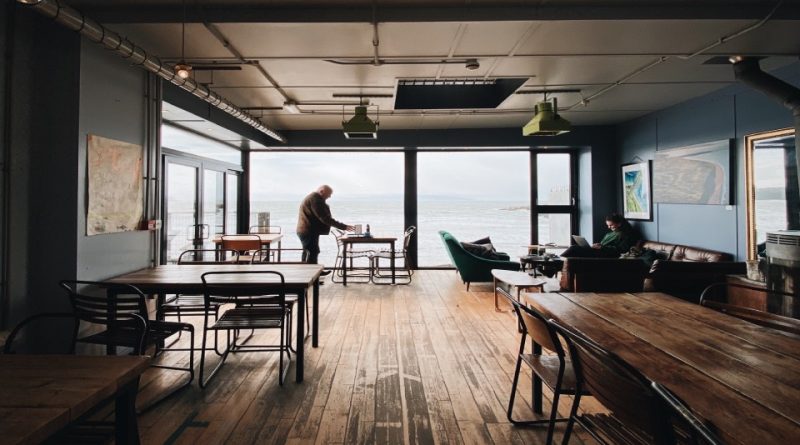 UK: British Prime Minister Boris Johnson announced yesterday there will be a four week delay in England’s roadmap to recovery.

Due to the spread of the Delta variant, the final lifting of restrictions – expected 21 June – has been postponed to 19 July. The situation is set to be evaluated again in the next two weeks.

Listed below are some responses from hospitality leaders and business owners:

Chef Tom Kerridge wrote on Twitter: “Yet again… what an absolute mess…” before retweeting a post from his restaurant The Coach Marlow that lunch and dinner spaces are still available.

Luke Davis, founder of Rockwater Hove, said: “While being one of the luckiest businesses in hospitality, this announcement from the Prime Minister does come as a disappointment for Rockwater. We have been lucky over the past year that we have been able to trade, whether it be through our beach-front Shacks By The Shore, or our roof terrace that has exposure to open air. However, what the industry desperately needs is certainty, and that so far has been lacking. We have had to sideline some of the events and bookings that we had planned for a total lifting of restrictions, providing further frustrations to the community that we serve, and us as a business. All we can hope for now is that clarity is provided to the industry from here on in.”

Central London Alliance said: “We applaud the outstanding efforts of the NHS in the vaccine delivery and they have our full support in the continued roll out, but the delay announced today in the lifting of restrictions is potentially devastating for businesses, tipping some into a final collapse and plunging many into unemployment: affecting hundreds of thousands’ livelihoods.

“Whilst the government has a fine balance to strike, the catastrophic impact on central London and its businesses, already severely and disproportionately impacted by Covid-19 and the response to it, cannot be overlooked. Businesses are being left in substantial debt and are at risk of suffering “economic long Covid”.

“Alongside the impact on revenue, businesses are now facing a jump in costs with business rates payments set to recommence and employer contributions to furlough kicking in. We urge the Chancellor to be forthcoming with support if businesses are going to survive after more than 15 months of closure and severely disrupted trading through no fault of their own. It is imperative that government postpones business rates payments until the end of the year and engages with us on the looming crisis of landlords and tenants. Tenants have benefited from the moratorium and in many cases have not paid their landlords who are themselves imperilled by exposure to their banks and other financiers. Business support measures should reflect the level of restrictions announced and remain in place until the economy is able to reopen fully.”

UKHospitality chief executive Kate Nicholls said: “The decision to delay is hugely disappointing but the Government has judged the evidence and acted as it sees fit. It does, however, jeopardise the return on investment that the government has afforded hospitality and it’s crucial that further support is announced to push us over the line.”

“The hospitality sector has already lost more than £87bn in sales in the pandemic leaving businesses deeply in debt and at risk of suffering “economic long Covid” without further support. Our businesses face incredible levels of debt and will now face a huge cost hike, with business rates payments set to recommence and rent accruals due at the end of the month. An swift indication that the business rates holiday will be extended would go a long way to bringing succour to a battered sector – paying any amount of tax while still unable to trade viably would save businesses and, in turn, tax receipts in longer term.

“This four-week delay to lifting restrictions will cost the sector around £3 billion in sales, put at risk 300,000 jobs and have a knock-on impact on bookings throughout the summer and into the autumn. Simply put, if the supports provided by the Chancellor are not sustained and adjusted, businesses will fail and getting this far will count for nought.”

Jane Longhurst, chief executive of the Meetings Industry Association, said: “We understand the necessity for the government to delay the move to Step Four – the final stage of its roadmap – that would have seen the last of England’s restrictions lifted and the legal limits on social contact removed. Our view is that it is better to delay for four weeks rather than have an unsettling re-trenching further down the line – as has happened with the travel corridors that has seen countries such as Portugal being moved to the amber travel list with very little warning.

“With venues investing an average £41,113 in enhanced hygiene and infection control measures and securing accreditations such as AIM Secure to ensure their properties are safe, we know from the early results of the pilots that business meetings and events can operate safely, but we want to open and remain open without capacity restrictions when it is safe to do so. The ongoing issue being faced by our industry is confidence to book and commit to contracting events. We fully appreciate that any delay continues to fuel that uncertainty and is potentially going to damage confidence even further.”

Neil Pattison, director at Caterer.com, said: “Once again this last minute announcement from the government will throw the hospitality sector and its people into further challenge. Businesses have gone to great lengths to prepare for full reopening on 21 June, and this latest delay in the easing of restrictions will have debilitating consequences on the events and night time economy, as well as for the pubs, bars, hotels and restaurants that are still unable to operate at full capacity.

“With hundreds of thousands of hospitality staff still on furlough, continued restrictions will negatively impact those that work in the sector, and also those who are currently seeking employment and might otherwise choose the vibrant world of hospitality as the next step in their career. It’s crucial that the government provides more support to protect jobs and keep hospitality’s talented workforce within the sector. We also continue to support calls from the industry to postpone business rate, rent and debt payments.”