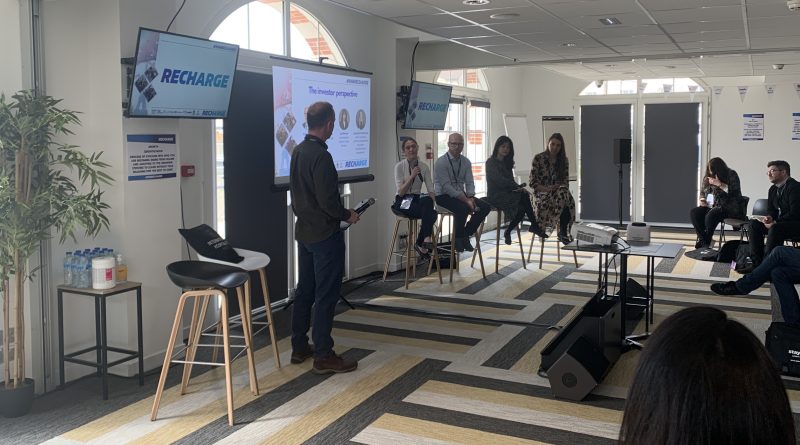 France: Hospitality and real estate professionals from across Europe travelled to Paris for the latest iteration of International Hospitality Media’s interactive RECHARGE event.

Sell kicked off the conversation asking whether investment strategies had shifted in response to the pandemic and current geo-political situation.

Heybrock highlighted that it’s very much business as usual for Brookfield, with the pandemic validating the group’s initial investment strategy for edyn. The operating company – which caters to different lengths of stay and offers self-contained apartments – has been able to pivot between pockets of demand.

Asked whether the pandemic had instead sped things up for Brookfield, Heybrock believes that it has increased investor awareness of the sector but it hasn’t necessarily accelerated the group’s pipeline of edyn properties.

Jacobs echoed this sentiment, stating he had not seen an increase in stock as initially anticipated. For this reason – that supply levels are relatively low – there’s a lot of development opportunity within the space, even if construction costs are difficult to predict.

He added that Vertiq has development projects in London but this is currently on the back burner, referencing a cautious approach to the market.

Wecker expanded on this point, saying that Zetland is cautious about new underwriting in Eastern Europe. The group has a hotel in Rhodes and a footprint in regions where there’s Russian presence, whereby Zetland is monitoring pick up and demand very closely.

On a separate note, Wecker added the group had acquired several family-run hotels and hotel groups through JVs or equity investment on a flexible structure, but that there’s no real distress. Discount was offered between five and 10 per cent, however this required Zetland to work hard on the value creation front.

Tsvetkova agreed that distress was not apparent, and that the situation in Eastern Europe will likely impact pricing but not distress. She added that the increased competition on the work-play-live model has made it more difficult to target core European markets.

NREP’s advantage here, according to Tsvetkova, is its vertically integrated structure. Similarly at Brookfield, Heybrock mentioned that owning the properties made it easier to deploy capital and tailor buildings to the requirements of edyn’s brands.

Sell inquired whether the opco/propco structure allows assets to be held for longer. Heybrock said that it had always been Brookfield’s intention to hold a platform like edyn longer than a one-off physical asset.

Wecker supported this point, sharing a holding target of 4.5 years on average. Jacobs added that the cost of city-centre hotels are higher and therefore lead to a much longer holding, although demand for these types of assets could also drive opportunistic selling.

When asked about the possibility of moving into new asset classes, Tsvetkova highlighted the group’s entry into intergenerational living in Denmark, as well as coliving in the Nordics. She made a worthy comment that hospitality is historically more customer focused whereas residential is not, which Jacobs said will make the execution of new concepts challenging.

Zetland is also looking to expand into hospitality-driven living concepts said Wecker, spurred by the convergence between live-work-play. Jacobs mentioned that interest in nature resorts, camping sites and holiday resorts have certainly ramped up, spying opportunity in Europe as an under-represented market.

The conversation closed on the topic of sustainability. Tsvetkova shared plans for NREP to become net zero by 2028, with the company already underwriting carbon tax as a cash flow item. Heybrock chimed in saying that brokers are now looking for proof of energy management, and Jacobs revealed that lenders are also requesting annual energy rating and performance.

On a final note, Wecker highlighted that the social aspect of ESG (environmental, social, governance) will rank higher on the agenda due to hospitality being a labour intensive industry. As such, she expects to see a structural change in hospitality and greater steps taken to recognise the social component.

Attendees at RECHARGE 2022 voted for next year’s event to be held in Lisbon. Click here for further information.