Home » News » Industry » UK mini-budget: How it will affect hospitality

UK mini-budget: How it will affect hospitality 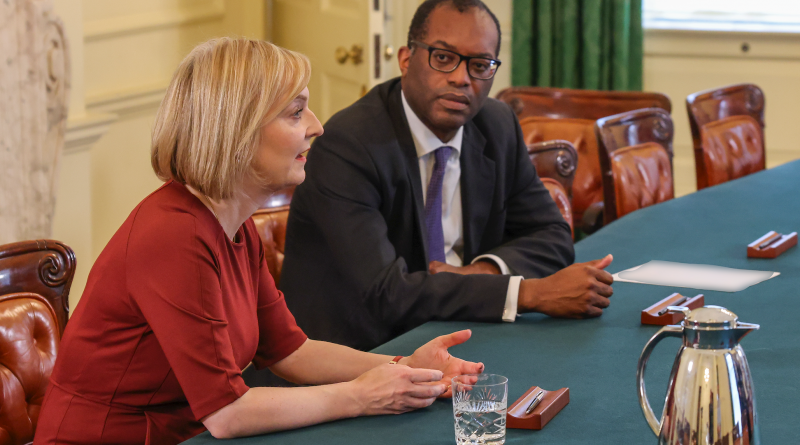 UK: Chancellor Kwasi Kwarteng has announced a series of tax cuts in a mini-budget aimed to boost economic growth.

The raft of measures revealed in today’s mini-budget come at a time when the UK is facing energy bill hikes amid the backdrop of soaring inflation.

Some key decisions announced by Kwarteng that affect hospitality include:

• The 12.5 per cent rise in National Insurance will be reversed from 6 November.

• Corporation tax will remain at 19 per cent instead of rising to 25 per cent, as was previously expected from April 2023.

• Low-tax and low-regulation investment zones will be established to accelerate new development. The government is working regional authorities including Tees Valley, West Midlands, Norfolk and the West of England.

• The unit price on electricity and gas bills will be capped for six months (October 2022 to March 2023) under the Energy Bill Relief Scheme (EBRS).

Hospitality leaders and professionals have responded to Kwarteng’s mini-budget below.

“The opening gambit of the governments energy crisis strategy, the EBRS is being widely welcomed in the hospitality sector across businesses of all sizes as they struggle to cope with the uncontrollable cost increases in wholesale gas. With prices in the last six months rising from 15-20p per kwh to circa 70-80p per kwh it means businesses were having to laden additional debt at time where many couldn’t sustain it, or face certain closure.

“In short, the move to cap energy to £211 per megawatt instead of the forecast planned cost of about £600-£700 per megawatt will be seen as a life saver for many. The government have clearly listened to the hospitality sector having faced years of sustained setbacks from Covid, Brexit and more recently the cost of living crisis.

“Whilst the support stands to stabilise many businesses’ expenditure over the most critical months, and in turn raise some consumer confidence in their own outgoings this winter, the scheme is fundamentally too short term at only six months relief and only stands to kick the can further down the road. The government need to continue to listen to the sector by reviewing the immigration policy for EU nationals; allowing a six month to two year working visa, reduce VAT to five per cent to allow re-investment into our own medium and long term sustainability programmes and where possible, work with the sector to provide grants for improving energy efficiency or subsiding the energy market for longer term until the country is more self-sufficient in energy production.”

“The package of support offered by government will provide much-need reassurance to those operating within the business meetings and events sector, however for a limited time only.

“With energy prices fixed for six months, operators can at least now begin to forecast costs and subsequent pricing more effectively, while also being protected from soaring and simply unsustainable cost increases.

“While such interventions will be welcome by many, in the absence of a long-term solution it is vital that these support packages are evaluated by government on an ongoing basis, and that government recognise sectors outside of the Standard Industrial Classification when determining sector-specific levels of support.

“We know from the results of our recent survey of 129 industry organisations, which featured questions on the cost-of-living crisis, that the rising energy costs are of huge concern to the sector. Operating within a highly competitive, price-sensitive market, many have conceded to heavily reduced profits that reflect a further setback to recovery plans, so these cost-savings will prove influential in the short-term as we continue to witness the green shoots of recovery.”

“Cutting employer NI contributions (NICs) is excellent news for the hospitality sector, and will help businesses reduce their costs as they attempt to return to profitability while facing a perfect storm of financial pressures, including the interest rate rise, VAT back to 20 per cent, and the frankly unfair business rates regime.

“Cutting employee NICs is a great way to ensure people keep more of their money, primarily so that they’re able to pay their bills, and then to enjoy affordable luxuries, such as visiting hospitality venues.

“While tax free shopping for overseas customers is a welcome step to attract overseas tourists, a far more immediately impactful step would be to reduce VAT for our domestic customers. Our VAT rate is the highest among modern economies, so if we want a globally competitive market, we need lower VAT and an equitable alternative to business rates. Without such measures – which would help to keep prices down for customers – thousands of businesses and many more jobs will be lost.

“Confirmation of the energy and NIC proposals will allow our businesses to better plan for survival. Indeed, today’s announcement includes a number of positive measures which will bear fruit in due course, but more is urgently needed to help struggling businesses survive through the winter. There’s a clear shortfall between the positive tax plans and the lack of needed immediate business support.”

“It’s disappointing that while today’s “tax cutting“ mini-budget addressed issues such as income tax, corporation tax, NI and stamp duty, the “elephant in the room” business rates was largely ignored (with some minor exceptions concerning the new investment zones), despite the impact that ultra-high rates bills have had on businesses in recent years.

“Business rates is one of the highest outgoings for occupiers of property. The tax raises around £32 billion a year gross (£26 billion net) and with rates rising in line with CPI inflation levels for September, predicted to be around 10 per cent, this could potentially add a further £3 billion to the tax bill if nothing is done.

“Retailers, hospitality and other high street operators will be considering their business plans now for next year and looking closely at their future business rates liabilities. The Chancellor has said he is simplifying the tax system – in which case he should simplify business rates – one of the most complicated taxes in the UK today. He can start this by providing reassurance that rates bills next year will immediately reflect the lower rents we are seeing in the market now, providing incentives for businesses to keep or expand space and for property investors to invest in the sector across the UK.”

“The energy crisis dwarfs all other concerns for the hospitality trade. The tax cuts are all well and good but the benefits won’t help pubs, restaurants, cinemas, theatres and others get through the winter. The energy price guarantee for business which was fleshed out earlier this week rather than today, might help businesses stay afloat for a while but unless more is done many will be swept away over the next six months. The energy price guarantee for business should have extended over 12-18 months, not six.

“It does have to be acknowledged that any strong and clearly defined measures (preferably over the next 12 to 18 months) will need paying back at some time but it is important to get over the dangerous period first.”