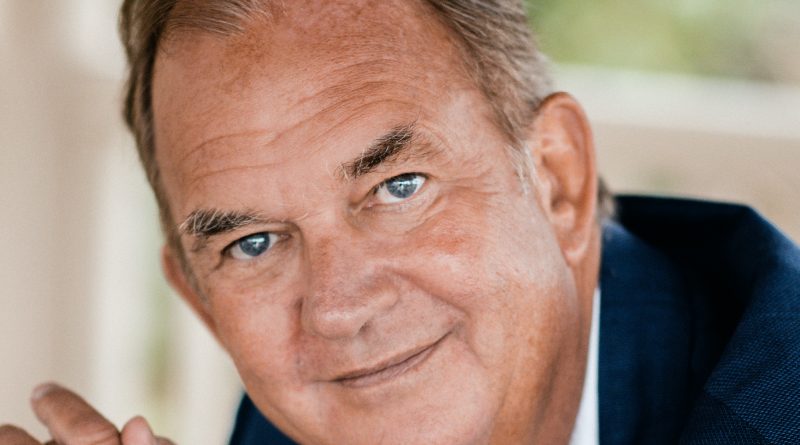 BHN catches up with John Spence, CEO at Karma Group, to hear how the business has pivoted, the opportunities for growth, and how leadership skills are being redefined.

• How has the last 20 months reshaped the direction of your business?

It’s reshaped it in many ways, but whether it’s reshaped or it’s developed new channels and opportunities is a moot point. We still anticipate that everything we did before the pandemic will resume in one shape or the other but it’s forced us to look at other opportunities and to grow in various ways. Of course there’s been bad parts, I’d be disingenuous to say it’s been a good period, however, there has been a lot of good.

We went into the pandemic relatively cash rich with money in the bank and we had no debt. I own 100 per cent so we have no outside partners leaning on us or influencing the way that we work or our thought patterns. We thought opportunities would come up to acquire resorts during the period and they very much have. I went in to it saying we’d emerge with the same number of resorts, we wouldn’t lose any. I swiftly then reverted to saying we would come out of it with more which was met with a bit of hilarity. And recently I’ve revised to say we’d come out with 10 more resorts, which is exactly what we will do. We’ll come out of the pandemic having boosted our portfolio from 36 to 46 properties around the world and maybe even more.

We acquired in India; we bought just outside of Bangalore, and in Rajasthan we bought a palace in Udaipur and a tented camel safari resort in the Thar desert, Jaisalmer. Combined with our resort in Jaipur we’ll be linking them all with a fleet of ambassador cars so people can do a split holiday and experience all areas. We’re also looking for more resorts in India, and have got two or three under negotiation.

Down in Indonesia we acquired Karma Salek just outside Jakarta and we’re about to close on a resort in Yogyakarta close to the ancient pyramid of Borobudur. Up in Hoi An, Vietnam we acquired a new resort and here in Europe we acquired Salford Hall which is a magnificent 38 room manor house hotel near Evesham and Stratford that was once owned by Henry VIII. We also acquired in Gaucin, Andalusia and we’re currently looking at new assets in various exotic locations including the Philippines, Kenya, Egypt, and also very remote property in the far north of Brazil. So there have been amazing opportunities and we’ve been able to capitalise on them.

They’re all linked really with one thing: we had to pivot to focus on domestic markets. Traditionally our market has been to create members in our club. As you know we’re a private members club with 45,000 members who travel internationally between our resorts. But that all ended when international travel stopped all but 20 months ago. What didn’t stop completely was domestic tourism, and we saw an opportunity to acquire resorts which in the short term would be attractive to the domestic tourist. The short term plan has been to have properties that people want locally but with one eye on all of them being attractive to the international market when it returns long term, which has already started and we’ve always had confidence in.

The other great thing about us during the pandemic has been that unlike a vanilla hotelier, we have club members that pay an annual fee thus we compare ourselves closer to a Soho House model rather than a normal boutique hotel model. So even though unfortunately at times hotels weren’t open, we had money coming in from our annual management fee which enabled us to have liquidity and grow.

We also have, because of the reliance on the domestic market and our membership, developed a new membership model called Karma Club which is an annual membership launched four or five months ago. We already have about 1,000 members that are now benefiting from fractional ownership, free nights and other perks and we see this being something that will carry on into the future.

We also started Karma Kasa which is our internal Airbnb model where members can place their own inventory on our platform and exchange, which makes it interesting for someone visiting one of our tourist resorts who may bracket it with a few nights either side with one of the urban properties that are in the Karma Kasa model.

We also started Karma Nomad where we’ve acquired campervans that members can use to travel around in. This was another example of us finding a way to satisfy people’s holiday needs such as in Australia when people can’t leave their state, for example. It’s been popular and this is something else we see having longevity to it.

• Do you think travel tastes have been fundamentally changed and how might this influence future accommodation?

Yes and no; I’m a passionate believer that the travel world is coming back with a vengeance. There’s a huge boom coming in travel and what we’re going to see more of is that people have extra savings and are keen to spend and reward themselves for the past 20 months. Lockdown created a bucket list effect so people are going to take the holidays they’ve always wanted to but before have found reasons not to.

I think there will be a retention of domestic tourism allied with international tourism where people have rediscovered a love for domestic travel. And I also think people will be more conscious of safety which ties in well with our product being boutique hotels with lots of space and self-catering options. The properties that will struggle with that will be the huge 500-1000 room hotels with buffet style breakfasts where guests have to mingle en masse, whereas I think the boutique hotel space is robust.

• Karma Club, a new members club, was launched alongside Karma Kasa. How do you see the social/private members club model evolving?

Very strongly, we’ve been involved in this model for 27 years and it’s always been very successful. From a consumer point of view, it represents great value for money and the value of being a member of a club. For the business side it’s good as it provides a regular income which is reassuring knowing you have a membership fee coming in when hotel rooms may not be being sold. We believe it’s a robust model and intend to continue to grow and develop in that space.

• You hold regular chairman sessions. What qualities do you believe make a great leader, and how is leadership being redefined?

They’ve been successful and will definitely be something we’ll continue doing as the owners like to have that direct communication with me. Essentially it’s something I’ve always done but usually I’ll be at the resorts talking to guests directly but this has been a successful way of doing it on a larger scale.

I think the key to leadership is communication and clear direction. We’ve had regular conversations with our staff and with our clients and we’ve been honest throughout. I think a good leader has a plan. We said the problem wasn’t going to be the storm itself but how we position ourselves after the storm and we’ve always had a clear strategy and plan. This of course had to change along the way as we were all in uncharted waters, but I very much stepped up to become more visible during this period which I think people have appreciated.

We’ve been trying hard to invest, either in new resorts or in upgrading existing resorts and delivering new products and better forms of communication. So we’ve worked hard to make sure that people can see when the storm passes, it can not only be as good as it was but it can be better.

One of the ironies is that in the past two years we’ve had more referrals and recommendations from our members than when times were going well!